Golfing vacations in Kitzbühel, a golfers’ paradise in the heart of the Alps

There are four golf courses directly in the city of Kitzbühel and another 30 golf facilities in the surrounding area, making Kitzbühel a golfers’ paradise in Tyrol. Adding to the magic of Tyrol’s best-known golf region are the extraordinary Kitzbühel golf hotels, which pamper their golfing guests with culinary delights and superb spa facilities after a good round of golf.

The most legendary sports city in the Alps has much to offer for golf enthusiasts. The first golf course in Kitzbühel opened as early as 1955. Today, golf balls are still flying past massive rocks and over gorges and putts are rolling over perfect greens with a view of the Alpine city skyline. From the 18 holes each of the Kitzbühel‐Schwarzsee‐Reith GC and the Eichenheim GC to the 9-hole courses of the Kitzbühel-Kaps GC and the Rasmushof golf and country club, Kitzbühel’s diverse golf courses are great places to practise that perfect swing. By now, golf is just as much a part of Kitzbühel as skiing, enjoyment and culinary delights. When the seasons overlap in spring and autumn, golfing and skiing form a perfect symbiosis.

The best golf hotels in Kitzbühel

The most beautiful golf courses in Kitzbühel 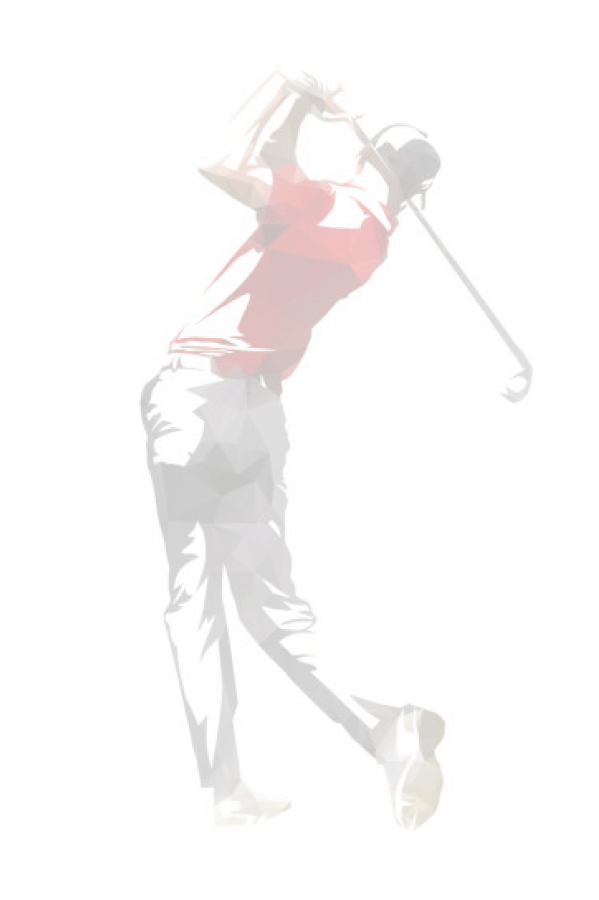 Facts why you should choose a golf vacation in Kitzbühel

and why Kitzbühel is worth a golf vacation

A wonderful golfing vacation is not just about beautiful golf courses and great golf resorts. It’s the “little things” that can make all the difference. Below you will find a list of further criteria to help you make your decision. Is there anything else you require for a blissful golfing vacation?
arrowleftFact 1arrowright 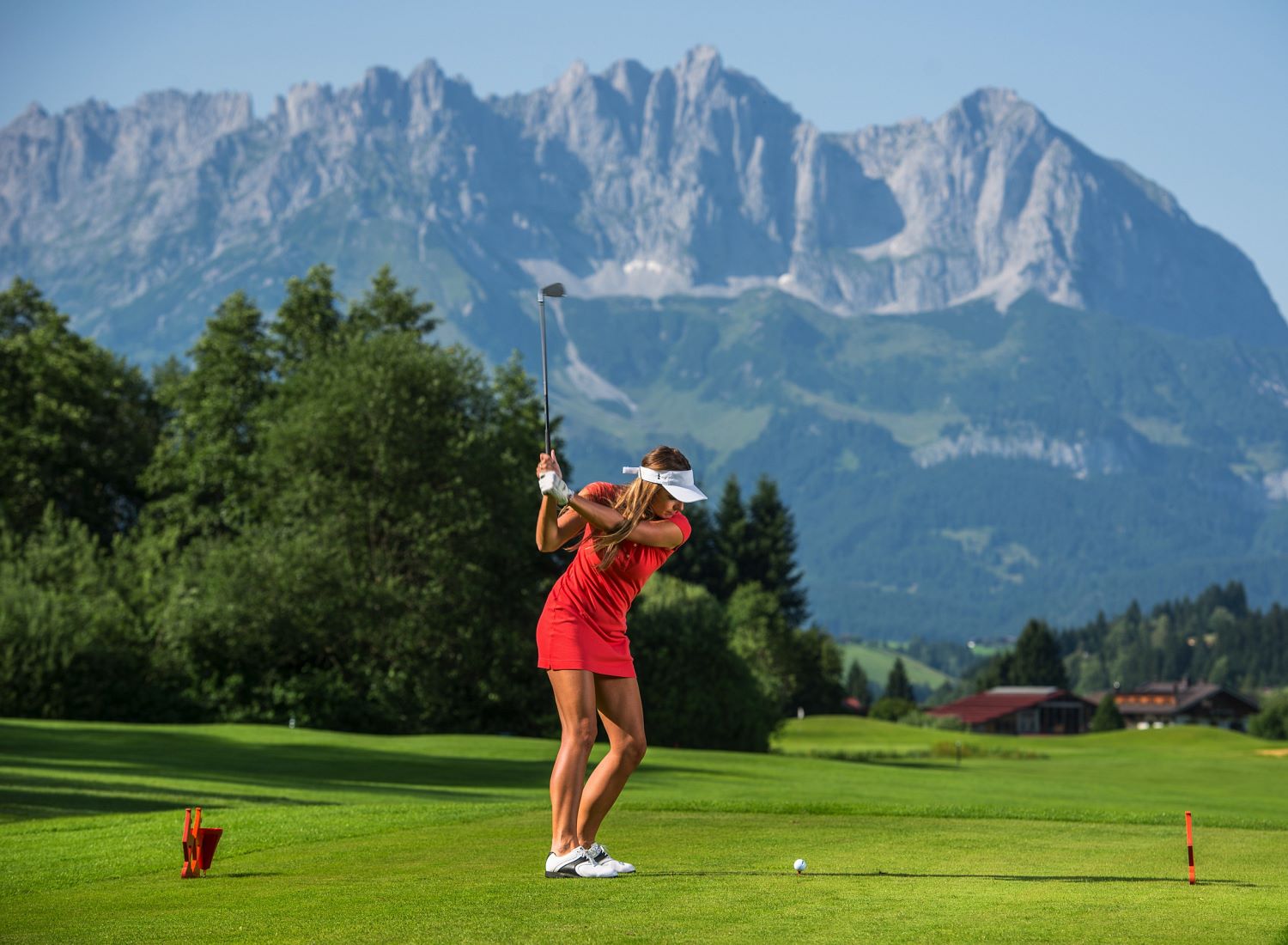 Kitzbühel – a perfect setting for your golfing vacation

There is hardly any other city that combines modern Alpine lifestyle, idyllic nature and ancient traditions as charmingly as Kitzbühel. You can easily follow your whims and switch from relaxing spa treatments to exciting outdoor adventures!
arrowleftFact 2arrowright 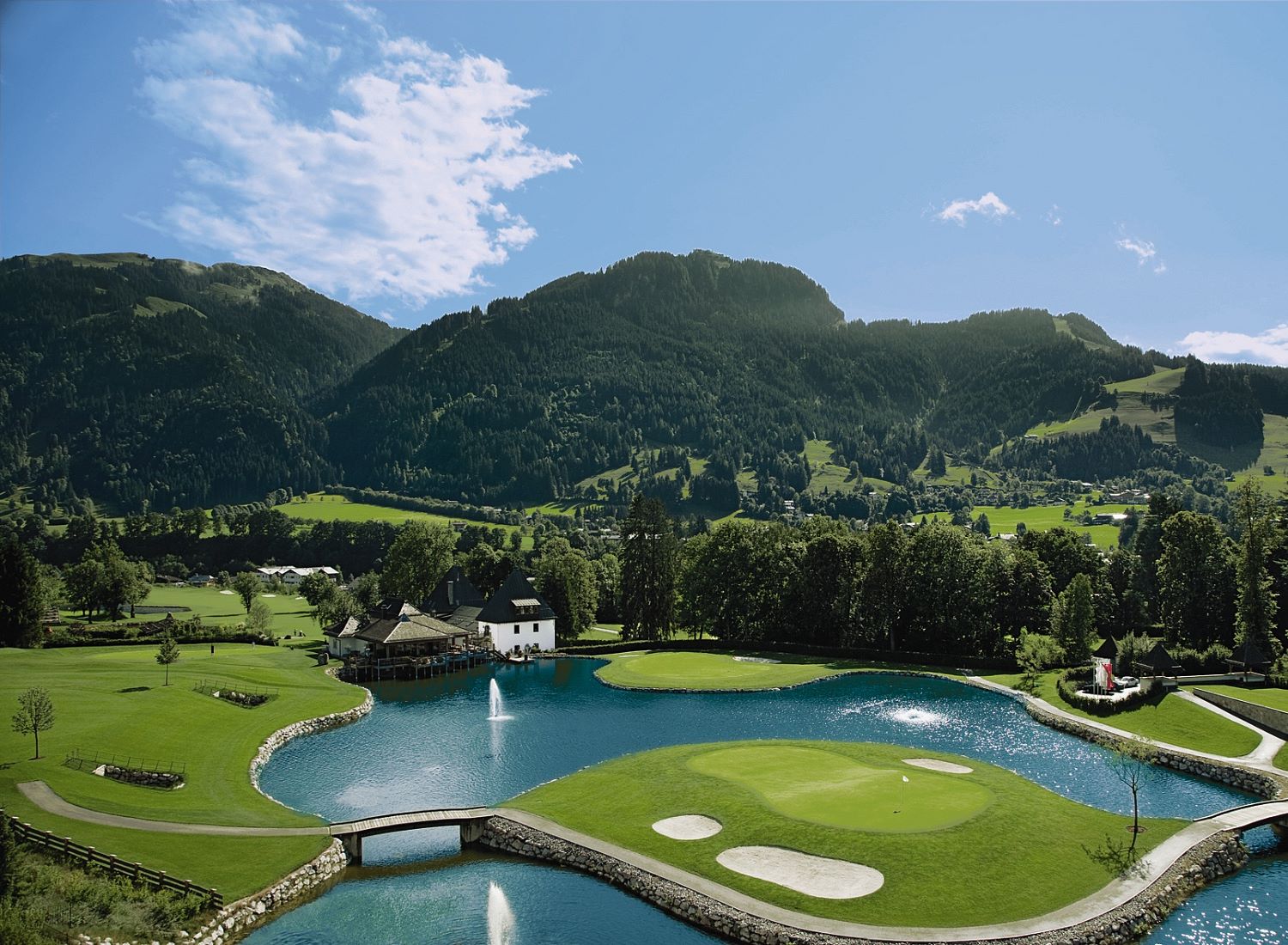 Strolling and shopping in the Kitzbühel region

Many golfing guests like to stroll through the historic city centre of Kitzbühel, where you can find many exclusive stores, artisan workshops, designer fashion stores, jewellers, cafés and restaurants. Kitzbühel is also famous for its nightlife, which many groups of golfers like to explore (unless they prefer to hang out on the beautiful terraces of the club houses).
arrowleftFact 3arrowright 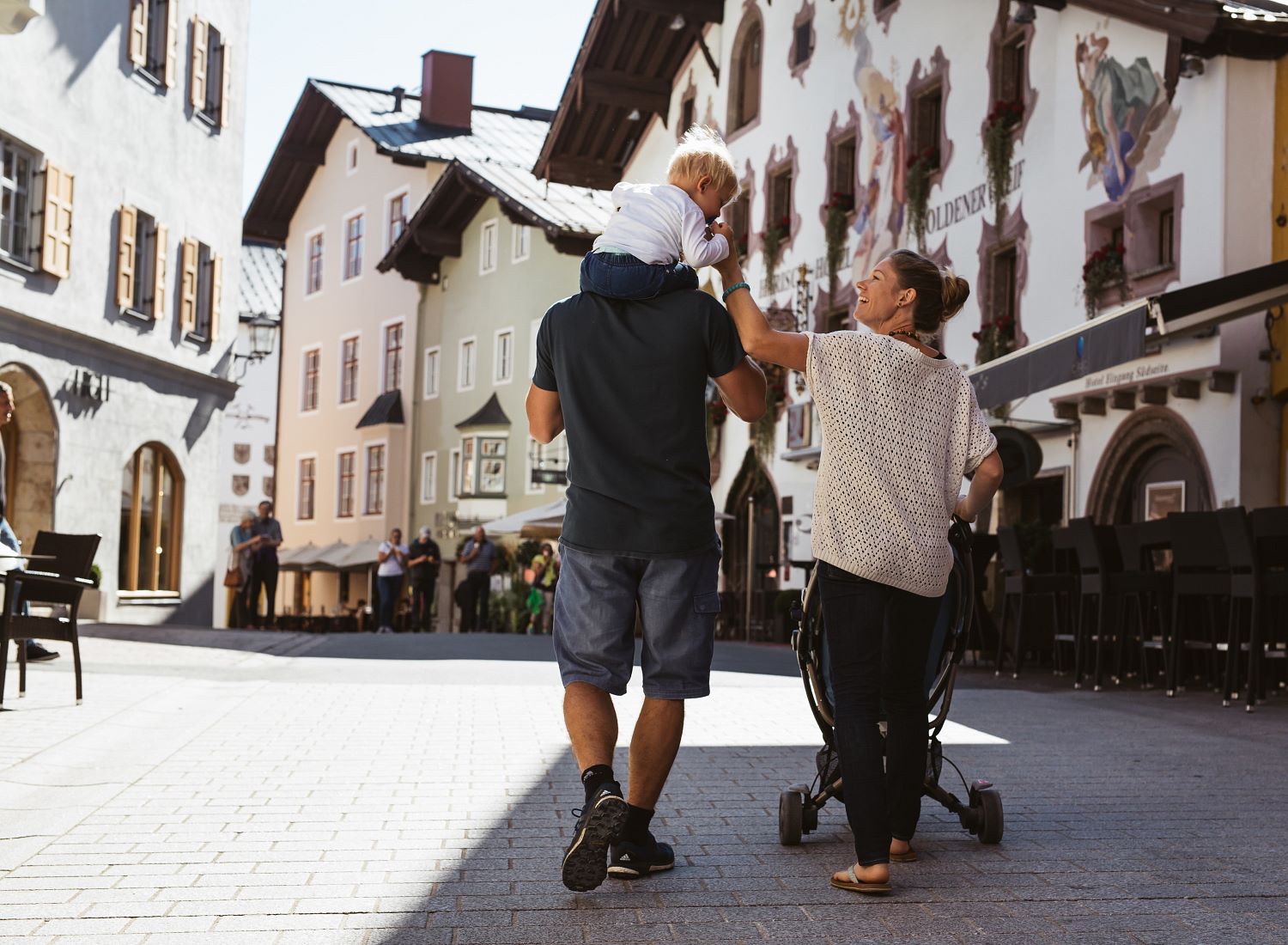 Driving through the Kitzbühel golf region, visitors often admire the wonderful old farmhouses along the road.

The Hinterobernau farmhouse museum presents a completely furnished 16th century farmhouse, including tools and equipment, open-fire kitchen, living room, bedroom and barn. Learn all about how farmers in the mountains lived and worked in bygone times! 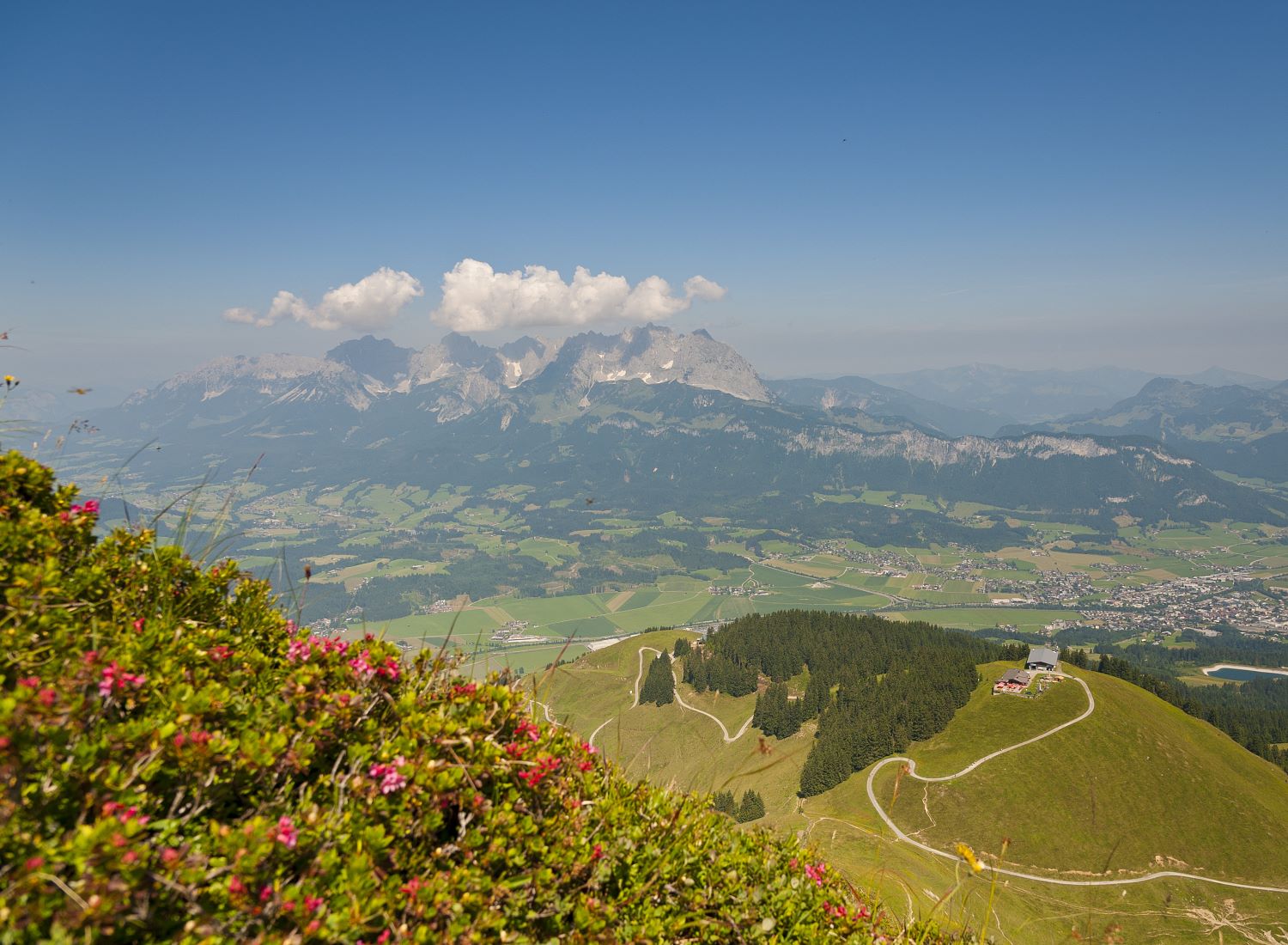 Golf&
The most popular ideas for themed golfing vacations in Austria
What activities are available for a golfing vacation with your children? What additional services are provided at your hotel on the golf course? What culinary delights will round off your golfing trip? And where can you bring your dog on a golfing vacation? Visit our themed subpages for answers to all these questions and matching offers.
Alle Themenarrowright 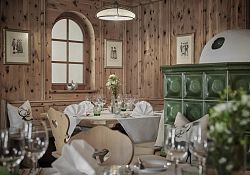 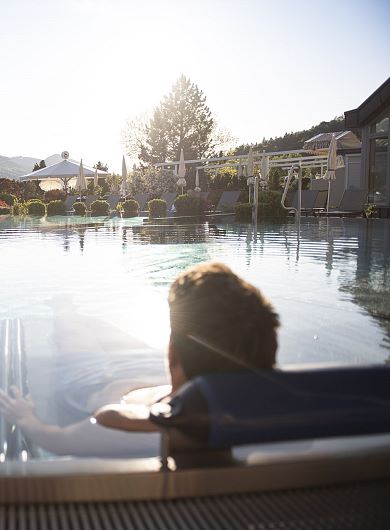 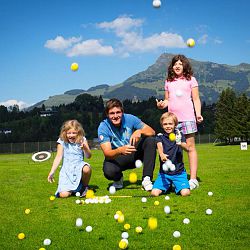 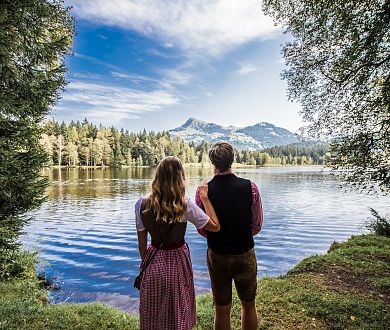